It’s that time of year again! Pioneer’s Christmas comes with the perfect a gift idea suitable for those new to the format and long-time players alike. Similar to last year’s offerings, the 2022 Pioneer Challenger Decks offer a wide variety of options for those looking to pick up a new deck. However, many Magic: the Gathering players are concerned with the viability of the decks out-of-box, and are curious about the potential upgrades that could go with them. Today, we’ll be looking at some (suggested) upgrades to these decks to get them a bit more caught up to what you might expect at your typical FNM. Each list will add around $50 worth of singles, for a roughly $80-100 total investment.

One of the biggest wins that comes with these decks is the inclusion of Shock Lands. While those of us who have been playing for years have acquired our 40 for any deck we may be looking to build, many players who have joined the game or format in the last few years haven’t been as fortunate, and with WotC’s stingy reprint policy on these lands, seeing them included in this product is a welcome change to the norm. The Steam Vents especially, out of the Phoenix deck, is quite surprising as the company has been extremely reluctant to print the most popular color pair’s dual lands in any meaningful capacity for quite a while. Anyway, on to the lists! Dimir Control has been relatively absent from the winner’s circle for the past few months, with Azorius easily outpacing it with its new tools obtained from Neon Dynasty. However, the core concept behind Dimir is quite solid, especially on a more local FNM level. Dimir thrives in creature dense environments, not needing to rely on planeswalkers to gain its large swaths of card advantage. The deck relies heavily on its extensive suite of single-target creature removal to bide time in order to get down one of its main win conditions, Torrential Gearhulk or Shark Typhoon. 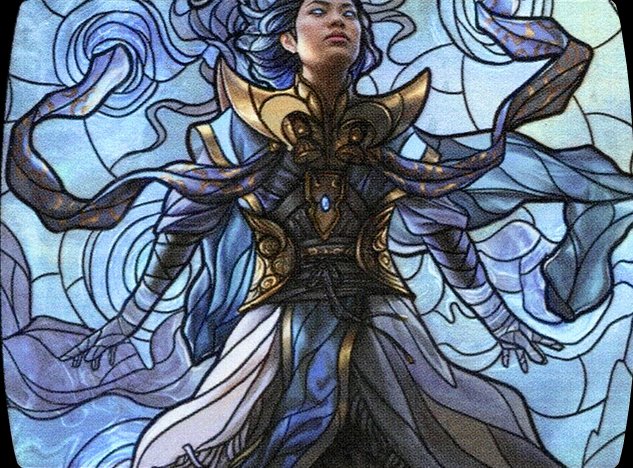 One of the major misses of the original decklist is its relative lack of threat density. With exactly 3 cards capable of closing out a game, the deck just doesn’t feel like its end game plan is up to snuff. So the first addition was some extra copies of Shark Typhoon, as the flexibility in the card’s ability to cycle itself to provide a blocker in the early turns is where a fair amount of the card’s power comes from. Similarly, Murderous Rider and Hall of Storm Giants were either included or increased just to diversify the deck’s capacity to deal damage and end a game. Otherwise, the remainder of the budget was spent upgrading the mana base a bit, as will be the case for a couple of these decks. As much as one copy of a shock land is nice, it’s not enough to support the entire deck and the Therosian Temples just aren’t up to snuff these days. Humans has been on a tear ever since the introduction of Thalia, Guardian of Thraben to the format. With color combinations ranging from the current best performer Mono White to the original 5c decks emulating a ghost of Modern’s past, the strategy has held firm as one of the format’s favorite aggressive archetypes. While Orzhov hasn’t been in flavor for nearly a year now, the basis of the strategy is sound; quick aggressive creatures backed up by just enough disruption to keep the opponent about a turn behind and sneaking out a win via chip damage has been a good plan for decades. As the budget grows, so too does the number of colors in the Humans deck; it is the natural state of things. I decided to take the deck into Abzan to help capitalize on the included eight Tribal lands, Secluded Courtyard and Unclaimed Territory. In picking up Green, the deck gains access to one of the best one-drop creatures in the archetype in Experiment One, as well as some solid later game creatures in Katilda, Dawnheart Prime and Hamlet Vanguard. Humans has the flexibility to lean into any color or combination and succeed, and Abzan is just one option. There’s a lot of power included in this list, from the Mono White base to the Tribal lands that enable any of the variants, Humans has plenty of room for growth and change. 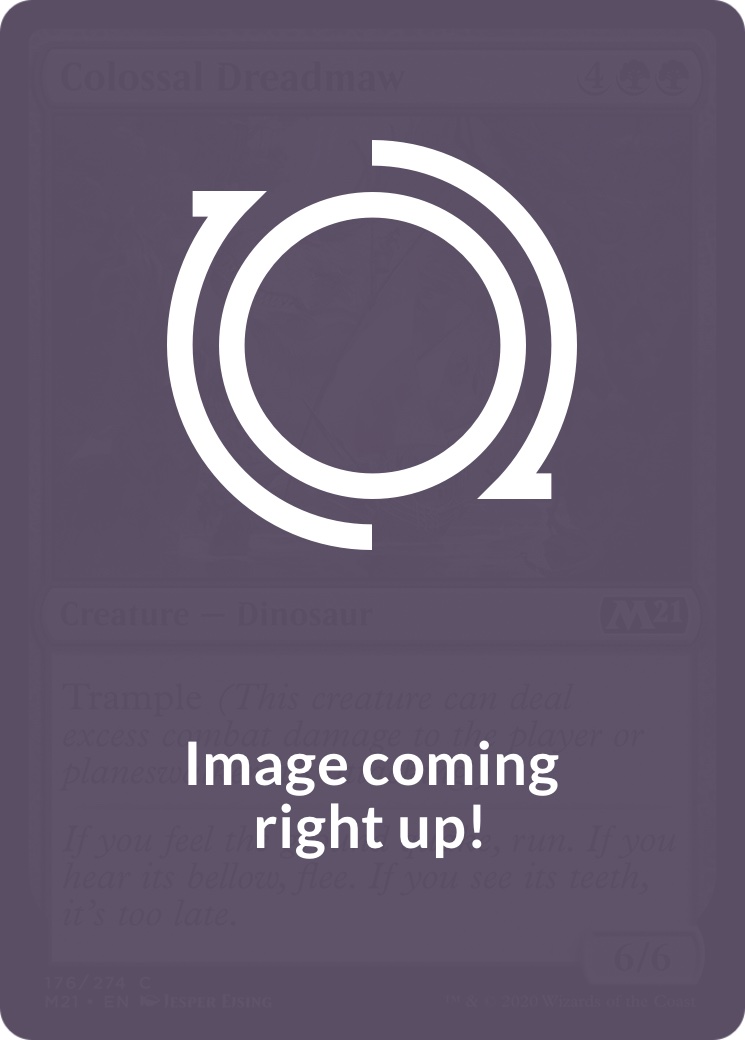 As with most Challenger Deck themes, Gruul Monsters (or Stompy, for you heathens*) is one of the classic archetypes of the modern era. Using mana elves to ramp out huge creatures ahead of the curve is a simple spell, but quite unbreakable. The inclusions of Chandra, Torch of Defiance and Questing Beast also allow for some much needed late game play if the initial onslaught isn’t enough to fully punch through. While I think that this is the best deck out of the box, there is still plenty of room for improvement. This iteration on Gruul Monsters has a much heavier focus on the Monsters, foregoing the main deck removal in favor of more cards who have the sole purpose of beating face. Reckless Stormseeker to give the team haste, Werewolf Pack Leader to keep the hand loaded, and Embercleave to go over the top, the deck can now operate as Rosewater intended by putting its head down and racing the opponent. Out of the sideboard, there are a few key pieces to help shore up the worst matchups in control and one-drop aggro, such as the Domri package and the moved Abrades respectively. While Gruul Monsters isn’t likely to take down the pro tour anytime soon, the deck is quick and consistent enough to easily take the king of the hill table at any local FNM environment.

*Editor’s Note: Fellow heathens, don’t let Servo’s words bring you down. It is he who is the true heathen! The reason that we’re all here, am I right? (I know I am, that’s why I put it at the bottom 😉 ) Izzet Phoenix is an absolute Pioneer staple, maintaining prominence in the format nearly since its inception. The game plan is fairly straightforward, fling around a hundred spells that aim to do some combination of throwing off the opponent and putting Arclight Phoenixs into the graveyard in order to get the birds back for free to swing in for damage. It’s a classic Izzet Spellslinger strategy, and many players find themselves in tune with what the deck provides. This challenger deck, however, doesn’t provide nearly as much as one might hope, with a disappointing two copies of either of the namesake finishers in the deck. I guess Wizards tried at least? 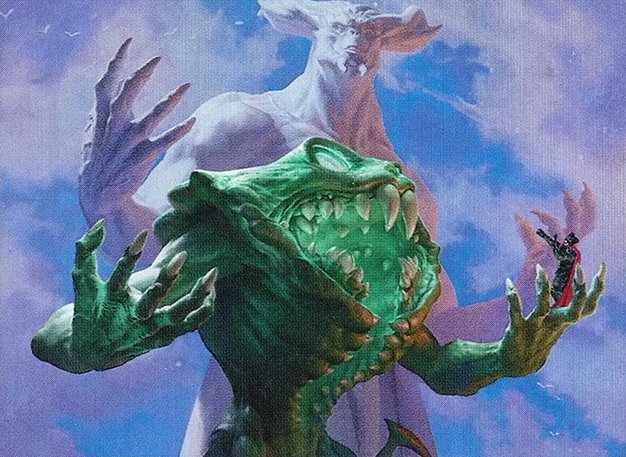 The upgrades to this deck are extremely simple. The game plan is to purchase 2 copies of the Challenger deck. Yes, actually. This plan will get you most of the pieces that you need to have a functional Izzet Phoenix deck, barring a couple of niche pieces. While the mana base is far from ideal (i’ve added in an additional Pathway just to help smooth it out), picking up a playset of Sulfur Falls and two copies of Steam Vents goes a long way to make the spells castable. Back that up with playsets of both the Phoenix and Thing in the Ice, and we’re ready to go. I’ve made a couple of other additions to the sideboard as well just to make the jump to the complete non-budget version of the deck a bit less jarring, but most game stores with a decent inventory of singles should have all of this in store. Disappointing as it is, just buying two copies of the Challenger Deck is the optimal path to success here, without needing to build into a functionally different deck like Pyromancer. This is likely to make it so that the Phoenix deck is in relatively low stock at most stores, however, so I may recommend just holding off on building into phoenix unless you’re able to secure two copies.

That’s all for this one! Challenger Deck season is always interesting, as it can easily set the pace for many FNM environments. Last year, I was surrounded by Mono Red players as everyone flocked to events without having kept up their collections over the lockdowns. Whether or not something similar will happen here is yet to be seen, though its entirely plausible that this product is enough to spark interest in those players who’ve been on the fence. If you’re interested in getting into the format on a budget and none of the challenger deck themes this time around are speaking to you, make sure to check out our Budget Hub for a more broad look at all sorts of budget possibilities. Until next time, remember to stay safe, play smart, and thanks for reading!