We’re nearing the end of the Dominaria United season, and in the few weeks since our last look at the meta-game, we’ve seen some changes in the format.

Since its success at the Magic Online Champions Showcase, Izzet Phoenix has been on a steady rise in results and this past weekend, finishing with the most MTGO Challenge Top 32, 16 and 8 finishes of any deck. With Rakdos Midrange on the downswing and also running less copies of Sheoldred, the Apocalypse, Phoenix pilots have found favorable conditions to succeed. With the Challenger Deck now released as well, expect to see a few more people picking up the deck at your local store in the coming weeks!

Since the banning of Yorion in Modern there has been an uptick in decks using Keruga, the Macrosage in its place. Interestingly, the Dinosaur Hippo has seen a subsequent increase in Pioneer play, with the Keruga Fires decks putting up great results over the past two weeks. The Keruga Fires decks aim to play a turn-one Triome followed by a turn-two shockland, enabling either the Stomp half of Bonecrusher Giant or an early Leyline Binding to pick off a key opposition threat. There is a full playset of Temporary Lockdown in the main as well, which works well against the aggro decks but also efficiently answers some of the faster ramping starts from the Green Devotion decks.

Perhaps triggered by the release of the challenger deck, Dimir Control has seen a resurgence in recent weeks, with Powen taking down the October 30th challenge and well-known pro Gabriel Nassif also finishing in the Top 8 of the same challenge with the deck. 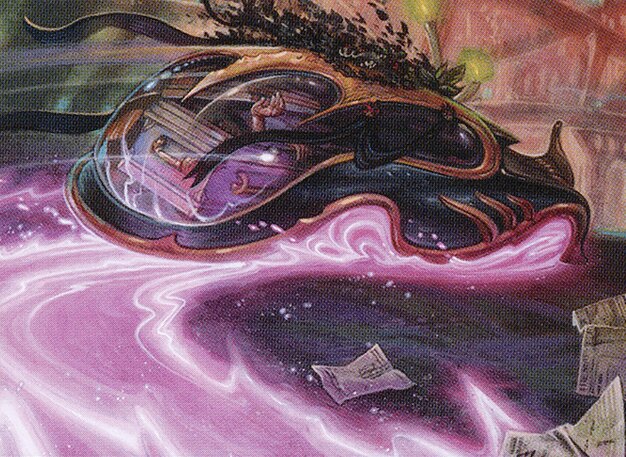 LORiWWA has been refining this Mono-Black Zombies deck for a few weeks now and was rewarded with a Top 8 finish in the November 6th Pioneer Challenge! Lazotep Reaver is not a card many expected to be constructed playable, but the overall synergy of the deck combined with the raw power of Liliana of the Veil and Sheoldred seems to get the job done!

This weekend SCG is hosting a Pioneer 30k tournament in our last days before the release of The Brothers’ War set and the US Regional Championships the following week. We’ll be back to look at the DMU season as a whole and hopefully some new innovations from the latest set!
If there’s anything you’d like to see me examine further in these articles, you can reach me on Twitter and Reddit, or on our PlayingPioneer Discord if you are signed up to our Patreon.