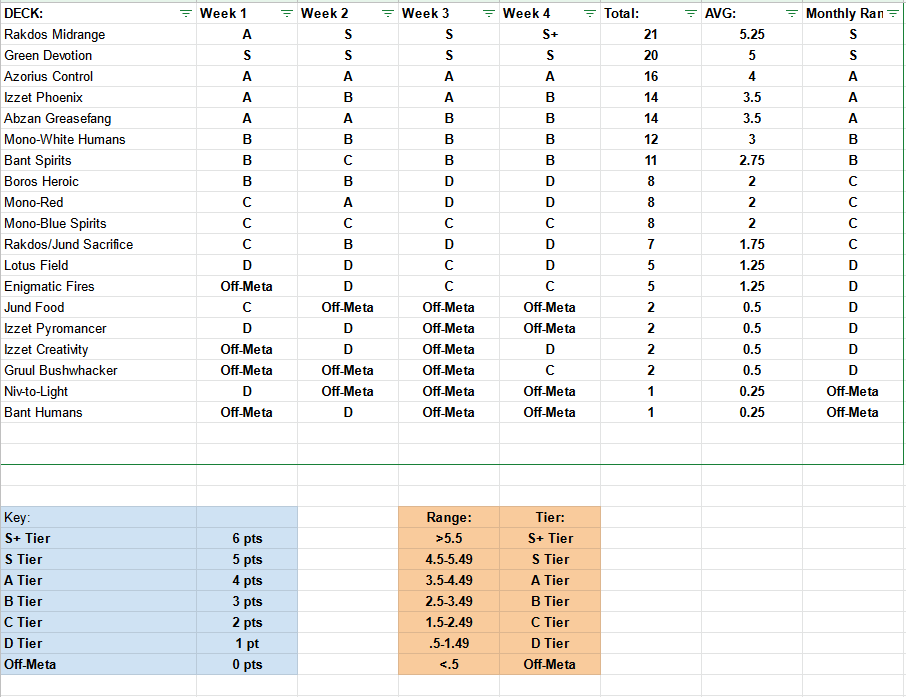 A Tale of Two S Tiers

Rakdos Midrange and Green Devotion were once again the decks to beat this month as the metagame continues to revolve around them. I think it’s fairly safe to say that if you aren’t preparing your deck to win in one of these matchups, you’re doing yourself a great disservice. But how about these decks individually?

Rakdos Midrange was the big winner coming out of Dominaria United, picking up two big power house mythics in Liliana of The Veil and Sheoldred, The Apocalypse. The power level of both of these cards combined with the pre-existing shell has managed to earn Rakdos Midrange our first, and controversial, S+ Ranking on our weekly tier list. Of course, this was not a decision we came to lightly, being hotly debated between all of our competitive guides. However, once the deck started racking up more than double the qualifying finishes of Mono-Green – a deck that was also out pacing the third most populous deck in the format – we felt it was the right course of action to move Rakdos Midrange up to the danger zone. As I mentioned earlier, that isn’t to say the deck doesn’t have its weaknesses, and players are starting to make adjustments to combat the new threats they are presented with.

One deck making such changes is Green Devotion, which towards the end of the month started moving away from its explosive Planeswalker centric combos and back to being a Midrange deck with a back door combo if needed. In a sign of just how hostile the once favorable matchup between Rakdos has gotten, players are leaving their Teferi’s at home and are packing more copies of Skysovereign, Consul Flagship in an attempt to bring the matchup back to near parity. While these changes are certainly helping to regain a few percentage points against the format’s boogeyman, it remains to be seen if these changes will affect Devotion in other matchups where the certainty and ease of the Chain Veil combo really seemed to lock things up. 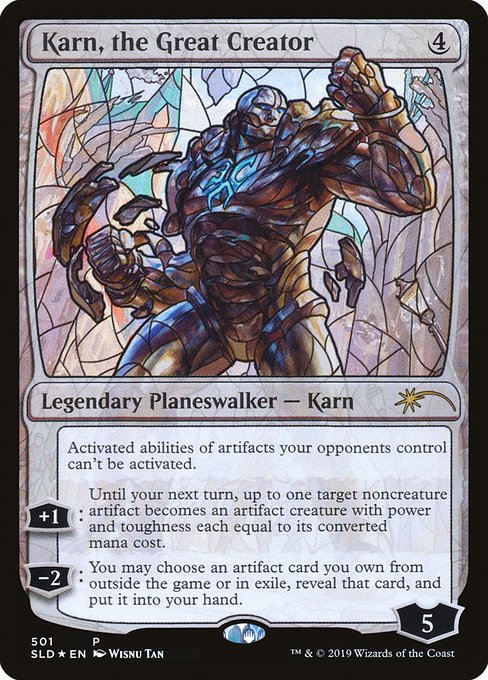 An Above Average Month

Our A tier decks picked up a couple of new toys this month thanks to DMU, though nothing truly breathtaking. Abzan Greasefang keeps waffling on whether or not it wants to make use of Liliana, but for now seems to be leaving her alone for Rakdos. Azorius Control meanwhile has been slimming down after removing Yorion from its diet. Now that the format has solidified around its two bosses, the deck can really start specializing for those specific matchups instead of holding onto an unnecessary 20 additional cards. Lastly,  Izzet Phoenix still continues to be an ever-present threat in the format, always being able to bounce back from the next trick the format throws at it. It also helps that in a similar vein to Abzan Greasefang, the deck greatly benefits from all the Lilianas running around the format at the moment

Better Than The Rest

Mono-White Humans continues to be the little budget aggro deck that could, braving the elements week in and week out against Green Devotion. The deck didn’t pick up many new tools from DMU, but it also really didn’t need to. It continues to get the job done, and that job is beating up on Green Devotion while maintaining a fair to good matchup across the less popular decks in the format.

Alternatively, for those looking at a more tempo focused approach when it comes to beating down on Devotion, Bant Spirits just might be the deck for you. The main core of the deck does a surprising amount to throw a wrench into mono-greens plans, as long as you keep their devotion count low and remember to counter the Storm the Festival that is.

Can’t Forget About These!

This month’s C Tier offerings all seem to have lost some amount of their former luster. Boros Heroic has a pretty rough time keeping up with a well timed Liliana edict. Meanwhile, Bant has supplanted Mono-Blue in the battle for Spirits Dominance. While Mono-Red is being supplanted by the up-and-coming Atarka Red lists – which have been seeing quite the spotlight lately thanks to our own IslandGoSAMe. Lastly, the Sacrifice strategies are still generally suffering under the wave of Karn, the Great Creators running around. For those of you in a Rakdos Midrange heavy meta however, this might be the deck for you.

Dusting Off Some Classics

Enigmatic was another big winner coming out of DMU thanks to Leyline Binding. Seeing this powerful exile effect come down on turn four can be pretty frightening, but the deck’s low player count is keeping it middle of the pack in our weekly rankings. Speaking of low player count, at this point I think it’s fair to surmise that Niv-to-Light is being carried by the Claudioh’s shoulders alone. The deck does have a pretty decent paper following, but until we get larger events happening more frequently Claudioh will remain the deck’s figurehead.

Another recognizable archetypal champion is our friend IslandGoSAMe who’s been putting a lot of work into Atarka Red over the last few weeks to great results. With a fast enough clock to catch Devotion by surprise and a go-wide strategy that blanks Rakdos’ removal, this deck just might have what it takes to keep moving up the ladder.

Can It Adjust Enough?

We’ve seen a lot of innovation and metagaming against Rakdos and Devotion the last few weeks, especially when it comes to the head to head between these two. However, the question remains: Can players adapt enough to bring Rakdos and Devotion down a peg? They’ve done well recently to keep them off the winner’s podium more often than not, but with Rakdos burying the rest of the format in terms of our tracked qualified finishes; how much longer can this last? Pioneer players around the globe eagerly turn their attention to the soon-coming Regional Championships away with bated breath while we all wait and see how the dust will settle